According to SCPD commissioner Timothy Sini, members of the department’s elite Firearms Suppression Team were conducting surveillance in the Bellport area when they spotted a 2015 Dodge Durango driving erratically. The... END_OF_DOCUMENT_TOKEN_TO_BE_REPLACED 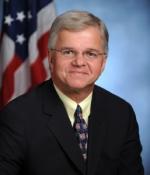 It is a county that itself has known hate. The KKK was active in Suffolk in the 1920s, Nazis had a New York area center in Yaphank in the 1930s and racial discrimination has persisted.
A Suffolk sidelight in the Charlottesville situation: Christopher Cantwell, raised in Suffolk, was a leader of the “Unite the Right” rally... END_OF_DOCUMENT_TOKEN_TO_BE_REPLACED

Both nationally and locally, the time since the shocking 2016 presidential election has served as a period of... END_OF_DOCUMENT_TOKEN_TO_BE_REPLACED

Harrington, 34, who grew up in Sound Beach and was a student in the Miller Place school district before graduating from Georgetown University’s School of Foreign Service and Yale... END_OF_DOCUMENT_TOKEN_TO_BE_REPLACED

"Right this moment, around the world, brave transgender service members are protecting the American people - including Donald Trump and [Vice President]... END_OF_DOCUMENT_TOKEN_TO_BE_REPLACED

NEW YORK – On Tuesday, July 25th, 2017, Legislator Sarah Anker and Presiding Officer DuWayne Gregory were joined by their colleagues and drug awareness and substance abuse professionals to announce an initiative to address the opiate epidemic in Suffolk County. Legislator Anker has put forth legislation to form a permanent Heroin and Opiate Advisory Panel which will address the staggering number of opiate overdoses in Suffolk County,