Despite grappling with plummeting revenue and swelling pension and health-care costs, most Long Island towns intend to hold the line on taxes in 2011.

Flat tax rates will not come without a cost in towns such as Brookhaven, which intends to lay off 69 workers, and Islip, where officials expect to continue their effort to reduce the workforce, which will be 24 percent smaller than it was in 2006.

With 10 Long Island towns revealing proposed 2011 budgets by the end of yesterday, Brookhaven and Islip were among seven to report that town taxes will either hold steady or drop. Town taxes are a relatively small part of a homeowner's overall tax bill; in Brookhaven, they are less than 7... END_OF_DOCUMENT_TOKEN_TO_BE_REPLACED 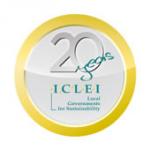 Supervisor Bellone's success underscores the fact that big cities aren't the only ones who can hatch innovative ideas and become national leaders on local sustainability. Bellone, a LEED AP, led the launch of Long Island Green Homes in 2008, the nation's first property assessed clean energy (PACE) program to help homeowners surmount the upfront costs of making energy efficiency improvements - and dramatically save money and reduce GHG emissions. The town lends homeowners a sum of money, and they pay it back via property taxes. END_OF_DOCUMENT_TOKEN_TO_BE_REPLACED

Bellone drove the launch of the Long Island Green Homes program back in 2008, which was the first PACE program aimed at helping homeowners fund energy efficiency improvements. END_OF_DOCUMENT_TOKEN_TO_BE_REPLACED

The 50 Most Influential Long Islanders of 2009

...Bellone puts the “super” in supervisor. Many town supervisors enjoy fairly long tenures (Brookhaven aside) and some have the tendency to surround themselves with sycophants. Bellone chose to up the ante by surrounding himself with  truly talented staffers with a knack for thinking outside the box, as evidenced by the Green Homes program. Babylon has been transformed into one of the most environmentally savvy towns in the state and continues to push the envelope in this respect—all the while maintaining a strong balance sheet...