Nassau Democrats have continued to increase their voter registration edge, enrolling nearly 12,000 more voters than Republicans since the start of the year.

Since Jan. 1, Democrats have enrolled 94,655 new voters, while Republican have enlisted 82,732, according to Nassau elections officials. There were also 61,555 new voters not aligned with either party.

The new registration figures added to the Nassau Democrats' overall 33,031 edge in countywide voter enrollment, which now stands at 358,198 Democrats to 325,167 Republicans.

In Suffolk, meanwhile, Democrats have since April cut by more than half the Republican enrollment lead. October voter registration figures show that Republicans outnumber Democrats 301,206 to 296,047, a difference of 5,159. 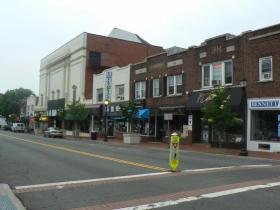 Released the day after Labor Day, The Five-Point Plan to Spur Job Creation and Economic Growth includes: A Small Business Tax Credit for new jobs; Incentives for landlords offering office space to small business incubators; A tax credit for "Angel Investors; "A requirement for the use of New York State companies and employees on state contracts; Aid to educational institutions that establish training in alternative... END_OF_DOCUMENT_TOKEN_TO_BE_REPLACED