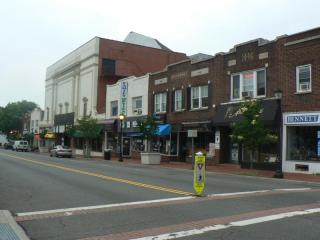 Released the day after Labor Day, The Five-Point Plan to Spur Job Creation and Economic Growth includes: A Small Business Tax Credit for new jobs; Incentives for landlords offering office space to small business incubators; A tax credit for "Angel Investors; "A requirement for the use of New York State companies and employees on state contracts; Aid to educational institutions that establish training in alternative energy technologies ("Green Jobs").

"A healthy economy depends on our small businesses feeling confident in investing and growing locally," said Dujmic. "Every time a local business adds a job or expands a service, the positive effects are felt throughout the local economy. I want to ensure that small businesses believe in Suffolk County, believe in Long Island and believe in New York State as a place where they can prosper."

"This comprehensive package is a specific, serious and significant investment in the small businesses that make up the backbone of New York, and will pay dividends many times over through increased employment and a healthier economy," Dujmic said.

Small businesses account for 60-80 percent of all new jobs created in the United States. In New York State, the small business economy represents a payroll of more than $120 billion, according to Small Business Week.

The Dujmic plan would offer small business owners with up to 10 employees a 4.1% tax credit on every fifth existing employee, as long as they create at least one additional job. For small businesses with more than ten employees (up to 100), they will receive a state tax credit of 3% for every new employee hired in the calendar year.

"These tax credits will make it easier for a small business to expand its workforce, and take people off taxpayer-funded unemployment rolls and put them back into the economy as active consumers of goods and services," he said.

"Office space is a significant obstacle for small businesses to hurdle. Clustering several small, start-up businesses into a single location offers the opportunity for fledging companies to lower their overhead by sharing common services such as secretarial, computers, copying and printing," Dujmic noted. "Additionally, the Incubator Incentive will help eliminate vacancies and remove blight in downtown communities."

The Dujmic plan would encourage 'Angel Investors' - private individuals who fund small business startups - by providing a 20% tax credit for every dollar above $20,000 that is invested in a business with 10 or fewer employees.

"Angel Investors can play an important role filling the gap when it comes to start-up funding," noted Dujmic.

Dujmic's plan would encourage the use of New York State companies and local workers on state contracts through several measures in several ways:

Out-of-state companies must include the 4.1% NYS unemployment rate in its costs if attempting to use out-of-state workers;

Dujmic's plan would provide grants and aid to learning institutions that provide training in "Green Jobs" technologies such as solar, wind, and alternatives to fossil fuels. It would also offer grants to out-of-state Green Technology companies to relocate to New York, and provide local Industrial Development Agencies (IDAs) with specific funds for Green Jobs programs.

"With the number of high-tech research institutions on Long Island, we are uniquely positioned to be a region of New York State that can support alternative energy producers," Dujmic said.