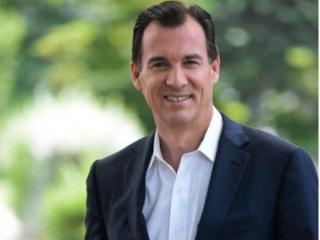 Tom Suozzi has the highest number of votes and will next face Jack Martins (R) in the general election in November.

Suozzi served as Glen Cove Mayor from 1994-2001 and as Nassau County Executive from 2002-2009.
He says he will be bring responsible reform and a track record of getting things done to Congress. Suozzi filed papers with the Federal Election Commission in January to potentially take over the open spot in New York’s third Congressional District after Rep. Steve Israel announced that he will not be running for re-election.

Suozzi says that once in Congress, he will find solutions for the most serious problems facing middle class families, seniors and veterans.

Suozzi is a CPA and an attorney and is currently of counsel at Harris Beach law firm. He lives in Glen Cove with his wife and three children.

The 3rd congressional district consists of most of the North Shore of Long Island, plus some neighborhoods in far northeastern Queens.