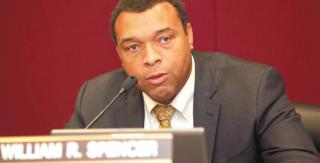 Just what the Doc ordered for Suffolk County Legislature

William “Doc” Spencer just might have the right prescription for Suffolk County.

He’s going for his third term as legislator, and he is the right man for the job. Elected officials and candidates for office often speak in generalities, able to identify issues in their communities but unable to come up with solutions. But in an interview with this newspaper, Spencer (D-Centerport) shared specific ideas for solving neighborhood problems, such as putting pressure on pharmaceutical companies to support local anti-drug programs; bridging the social gap between the police and Huntington Station residents by bringing in more minority officers and increasing the number who are bilingual; and using community programs to engage young people before they are recruited by gangs.

Add that to the accomplishments of his first two terms — like bringing in money to upgrade the Northport wastewater treatment plant, which protects local water quality, and helping to pass laws that penalize people who falsely claim to be military veterans in order to illicit donations — and you have a winner.

Spencer is a well-organized, caring legislator who has done good things for his constituents. His opponent, Republican Grant Lally, has done a great thing in stepping up to serve his community, but Spencer is the superior candidate.