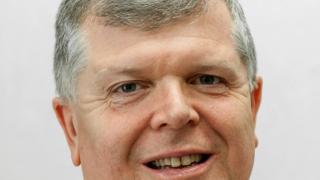 Suffolk Democratic chairman Richard Schaffer gave 510 party faithful a dispensation from listening to speeches Monday night at the party’s $300-a-head spring dinner at Villa Lombardi’s in Holbrook Monday night, to the applause of most of the room.

State Comptroller Thomas DiNapoli, the event headliner, didn’t speak. Neither did Schaffer, who said he was happy to spend his time mixing with party activists.

“I think it worked out better because people were able to talk informally one-on-one with him [DiNapoli] and me and other elected officials about issues and their concerns,” Schaffer said.

The no-speeches event came only a day after Democrats held a rally headlined by Gov. Andrew M. Cuomo — with speeches galore — at the International Brothers of Electrical Workers headquarters in Holtsville that attracted many of the same party supporters who attended the spring dinner.

Schaffer said the dinner raised $410,000, including sponsorships and electronic journal ads. Much of the take will go toward paying off $300,000 in loans to last fall’s winning campaign of Suffolk Sheriff Errol Toulon Jr.

MIA from the dinner event was Suffolk County Executive Steve Bellone, whose relationship with Schaffer is strained.

“At this point, I think everyone realizes we don’t get along,” Schaffer said. “There was no loss not having him here.”

A crowd of judicial hopefuls, many of whom attended the Democratic dinner later, also were at the Conservative fundraiser. There are 16 county and town judgeships up for election this fall, an unusually large number.