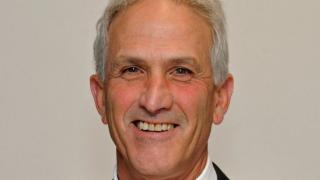 All the votes have been counted, and Democratic candidate Kevin Orelli has been declared the winner of the race for Huntington highway superintendent.

Orelli, 66, defeated Republican candidate John Clarke 25,087 to 24,763, garnering 50.32 percent of the vote, according to the official, and final, results from the Suffolk County Board of Elections.

“I’m very excited to be the winner, and I’m looking forward to starting the job,” Orelli said Tuesday. The position is a four-year term and pays $139,969 annually plus a $7,000 stipend for being emergency response coordinator, for a total of $146,969.

Orelli was also on the Green, Working Families, Women’s Equality and Reform party lines. He lost a Democratic primary four years ago for highway superintendent.

He said he spent Tuesday morning meeting with staff in the highway department finding out about job responsibilities, what people do and what their jobs entail.

Members of his transition team have also met with PSEG representatives to discuss storm recovery coordination and tree management, he said.

He said besides snow removal, his top priority will be the department’s street striping operation.

“I’d like to take a look at the procedures; I think we need to adjust them and see if we can do a better job,” Orelli said.

During his campaign, Orelli said one of his greatest strengths is working with people and dealing with stressful situations in a calm, thoughtful way, something he said he’s ready to put to use. He also said if elected he would step away from his family-owned site improvement contracting business, an election promise he has already started to fulfill.

“I just finished my last contract; I’m not bidding on any more work and I’m selling off all of my equipment,” Orelli said. “The business will be dormant. Being highway superintendent will be my full-time job.”