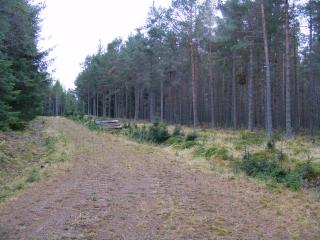 "Long Island is unique in that we derive all of our drinking water directly from the aquifer underneath us, and we owe it to this and future generations to protect this natural resource," said Dujmic. "As a member of the New York State Assembly, I will be a strong advocate for policies that will ensure a clean water supply and healthier environment for all."

The Four-Point Plan for a Greener and Healthier Long Island would:

Require hospitals, nursing homes and health care facilities to end the practice of dumping unused pharmaceuticals down the sink (where the chemicals potentially wind up in the aquifer); Ban the use of three of the most harmful pesticides; Provide funding incentives and educational assistance to Long Island's farming industry for the use of organic practices; Encourage the development of "Green Job" training and education in Long Island schools, universities and vocational institutions.


Dujmic said he would sponsor legislation if elected to require health care facilities to document their proper disposal of unused pharmaceutical products and to prevent these entities from dumping them down drains or toilets. While the Federal Environmental Protection Agency and the New York State Department of Environmental Conservation classify unused pharmaceuticals as hazardous waste and recommend incineration, Dujmic said there are no state laws preventing the flushing of these products.

A 2002 joint survey of the Long Island aquifer found low but measurable amounts of pharmaceutically active compounds, including antibiotics.

"Even though health care facilities are served by wastewater treatment plants, there is evidence that these chemicals are making their way down to the water supply," said Dujmic. "The simple doctor's creed of 'First do no harm' should apply here; health care facilities should not be contributing to the degradation of our drinking water."


Dujmic said he is supporting the efforts of the Citizens Campaign for the Environment (CCE) to implement a statewide ban on three of the most toxic pesticides in use today: Metalaxyl, a fungicide which leaches easily through sandy soils and is linked in studies to kidney and liver damage; Imidacloprid, commonly used on lawns, professional turf and farms, but leaches easily and is toxic to fish and crustaceans; Atrazine, a widely used herbicide which was banned in the European Union in 2004 and has been linked in studies as a potential cause of birth defects and low birth weight.

"These three highly toxic pesticides have been singled out by the CCE for immediate ban, and if elected I would draft legislation to implement this ban and ensure these chemicals do not pollute the drinking water and threaten the health of our future generations," Dujmic said.


In order to assist farmers in moving from chemical pesticides toward organic practices, Dujmic said he would propose a package of financial incentives for farmers who embrace safer, non-toxic methods of pest control and crop production.

"Long Island is the leading region in all of New York State in terms of value of crops sold, and we want to make sure we continue this thriving farm economy," Dujmic said. "Through funding and educational assistance we can make sustainable, organic farming a profitable and viable part of the farm industry."

Dujmic added that an increase of organically produced crops into the local food supply is an added health benefit.


Dujmic's plan would provide grants and aid to learning institutions that provide training in "Green Jobs" technologies such as solar, wind, and alternatives to fossil fuels.

"We need to prepare our workforce, which includes both students today and returning veterans looking to re-enter the job market, for next generation technologies, and we can enhance economic development by making Long Island a region that will support alternative energy producers with a trained workforce," he said.