By:
Editorial Board
Publication:
Newsday 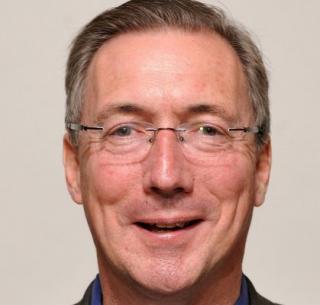 Carl Marcellino has been a solid member of the New York State Senate for more than 20 years. In that time, he’s done some very good work, especially as a champion of the environment, most recently in securing $200 million in state funds that municipalities can tap for sewer upgrades and related water infrastructure improvements.

But nowadays, Marcellino, 73, is resting mostly on past accomplishments and the traditional policy positions of his party. While never a senator to offer a visionary agenda, he seems to have lost enthusiasm for the job. He doesn’t have a problem with banning outside income for lawmakers, but doesn’t have any suggestions for further ethics reform, either. The Syosset Republican also points to the “process” in Albany to explain the slow pace of change and why, at times, lawmakers’ bills never get to the floor for a vote. “That’s how the system works,” Marcellino says.

It’s time for the system to work differently. Marcellino’s challenger in the 5th District is James Gaughran, the chairman of the Suffolk County Water Authority. Gaughran, an attorney, previously served on the Huntington Town Board and in the Suffolk County Legislature. The Northport Democrat promises an independent streak, which he demonstrated in his previous posts, as well as a focus on clean government and a penchant to lead. On ethics reform, he supports bans on outside income for state legislators and on the use of campaign funds for personal purposes, and he suggests term limits of six or eight years for members. He speaks of the important need to cast more “light” on the state budget and lawmaking, and he laments how laws are passed in the last hours of the legislature’s session.

Gaughran, 59, favors limiting tax breaks and speaks strongly on the need for more oversight over industrial development agencies. He’s concerned about economic development programs like Start-Up NY, and instead would turn to infrastructure improvements to boost economic development and create jobs. He also supports changes to election laws to allow for early voting and easier registration.

Marcellino, meanwhile, seems unwilling to commit to or suggest big or new ideas on anything from economic development to voting reform, often saying he’d have to think about an issue, or is open to suggestions, without taking a definitive position.

It is disappointing that neither candidate supports Glen Cove’s important economic revitalization project at Garvies Point. Marcellino worries about whether the former Superfund site is truly cleaned up, even though more than $100 million has been spent to do so. Gaughran says the residents of neighboring Sea Cliff should have more of a say, a position that could open up other development projects to even more naysayers.

With this seat key to the control of the Senate, the race has been harsh, with Gaughran launching ugly attacks on Marcellino, including implications that the long-term incumbent was corrupt by linking him to former Senate Majority Leader Dean Skelos and to the troubled finances of the Town of Oyster Bay. Those dark portrayals are unfounded and unnecessary.

But Marcellino is a senator whose best work may be behind him. Gaughran is driven and knowledgeable about environmental and water quality issues. He would aggressively protect suburban interests and advocate for a regional approach to our concerns. He’s ready to challenge the way things have been done. We hope he’ll do just that.