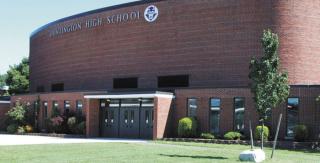 Huntington High School found itself in the crosshairs of New York Gov. Andrew Cuomo’s (D) latest initiative that takes aims at cracking down on Long Island gang activity, much to the surprise of school officials.

Cuomo announced Sept. 13 his plan for deployment of a new Gang Violence Prevention Unit, which will deploy state troopers to monitor gang activity and recruitment in the alleged top 10 “high-risk” Suffolk County schools. Huntington High School made the list.

The prevention unit will immediately assign 10 state troopers, one to each of the 10 schools in the six targeted districts which includes Brentwood, Central Islip, Huntington, Longwood, South Country Central and Wyandanch. Cuomo said these districts were chosen as they were identified by local law enforcement as having the highest concentration of gang violence and vulnerability to recruitment efforts.

In addition, the prevention unit will coordinate with the Suffolk County Police Department to launch an “Educate the Educators” program, aimed at helping teachers and faculty recognize early warning signs of gang involvement.

“Our number one job in government is to keep all New Yorkers, and especially our children, safe,” Cuomo said in a statement. “By partnering with our schools, we will be better prepared to stop gang activity before it starts and end this heinous cycle of violence. This is just one step in our ongoing efforts to eradicate the threat of MS-13 and ensure that every student remains on a path to a bright future.”

Huntington Superintendent James W. Polansky said he was “deeply disappointed” by the manner in which the governor presented the initiative. Polansky made clear to residents it was not a coordinated effort with the district in a letter sent to the community dated Sept. 14.

“Much of our dismay stems from the fact that at no point were we approached,” Polansky said in a statement. “At no point did any state official or otherwise reach out and ask what we need or don’t need. At no point did anyone request a visit or invite a conversation of any sort. At no point have we received even fragments of information about this proposal.”

Upon questioning state officials about Cuomo’s proposed plan, Polansky said the district received a thorough apology and admission that the “ball was dropped.”

The superintendent stated in his Sept. 14 letter that Cuomo had mischaracterized the Huntington school district and that his words, “frankly, offend all members of the school community.”

“In fact, numerous students were the first to point this out first thing in the morning,” Polansky wrote. “Unfortunately, we continue to witness education and politics rarely prove to be a productive combination.”

As of Sept. 19, a state trooper has not been assigned to Huntington High School as part of the prevention unit, according to school spokesman Jim Hoops. The district does have a school resource officer assigned from Suffolk County police since 2004 to monitor issues that arise, which is shared with the South Huntington school district.