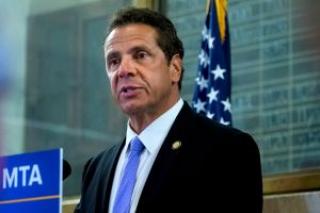 Gov. Andrew M. Cuomo is once again urging state lawmakers to allow early voting access in New York as part of a series of voting reform measures his office unveiled on Sunday.

Cuomo, who last year proposed early voting and automatic voter registration at state licensing offices, is also calling for same-day voter registration, saying in a news release the measures would “remove unnecessary barriers that prevent participation in elections and increase accuracy within the voting process.”

“Voting is the cornerstone of our democracy. This past election shined a bright light on the deficiencies of New York’s antiquated election laws and the artificial barriers they create that prevent and discourage voters from exercising this sacred right,” Cuomo said. “These proposals will modernize and open up our election system, making it easier for more voters to participate in the process and helping to make a more fair, more just and more representative New York for all.”

The package of proposals also call for allowing eligible residents to register and vote on Election Day. Cuomo noted that 13 other states and the District of Columbia allow same-day registration, which he said “has greatly increased the accessibility of the democratic process to everyday citizens.”

Cuomo also proposes adopting an automatic voter registration system that would allow DMV offices to forward the information of those applying for licenses to the applicant’s County Board of Elections. Applicants would be able to “opt out” of sending their information if they do not wish to register to vote.

“In addition to the proposals announced by Governor Cuomo today, we must enact changes that support greater voter participation, such as finally consolidating New York’s unnecessary three primary schedule to a single day, and making it easier for New Yorkers to vote in the party primary of their choice,” Schneiderman said.