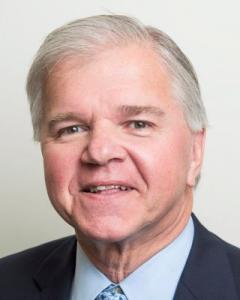 Fred Thiele Jr., Independent candidate for New York's 1st Assembly District. (Credit: Gordon M. Grant)
Fred W. Thiele Jr. is an activist lawmaker who has proven without doubt his value to the East End during his 21 years in this office. The 63-year-old lawyer from Sag Harbor is an Independence Party member who caucuses with the Democrats.

Thiele is a strong voice for accountability in Albany. He would limit outside income if lawmakers received a pay raise, but he wants legislators to vote on this. He believes they should work year-round to avoid cramming through ill-prepared bills in the final days of June. Thiele favors referendums on whether Suffolk County should impose a usage fee to protect water quality, as well as on a statewide environmental bond act.

Republican challenger Heather C. Collins, 38, of East Quogue, is running for the second time but is not qualified for the job.