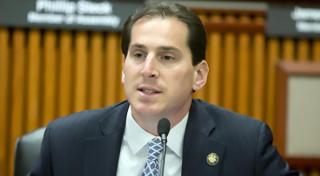 Kaminsky was ahead by 780 votes on election day two weeks ago, but McGrath refused to concede until all absentee votes were counted.

“I am honored that my neighbors have elected me to deliver for Long Island and clean up Albany as their state senator,” Kaminsky said in a statement. “For far too long, South Shore taxpayers have been the victim of politicians who put themselves before their community and I pledge to fight every day to return our state government to the people.”

Kaminsky, who was a member of the Assembly, will take the Senate seat left vacant by ex-GOP Senate Leader Dean Skelos, who was convicted last year of using his position to obtain payments and a job for his son.

The win gives the Democrats a one-seat Senate majority, but Republicans are expected to maintain control at least until November, when every Senate seat is up for election.

Currently, the GOP leads the Senate thanks to support from six Democrats who broke with their party to empower Republicans.

Kaminsky could be sworn into office as early as Tuesday, when the Senate will reconvene in Albany to begin the final seven weeks of the 2016 legislative session.

McGrath’s campaign did not respond to messages left Monday.