Democrat expected to be sworn in today for Brookhaven Town Board 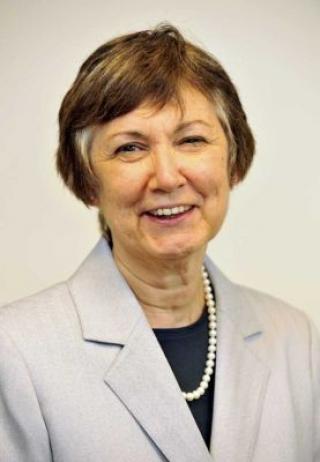 Brookhaven officials say they are planning to swear in the winner of an unresolved town council race as soon as Friday, shortly after Suffolk County officials certify the election.

Democrat Connie Kepert is expected to win by two or more votes when 13 ballots are counted at 1 p.m. Friday at county Board of Elections headquarters in Yaphank, officials say.

Completion of the vote count had been delayed more than two months by court challenges filed by Kepert and her Republican opponent, Michael A. Loguercio Jr.

Kepert, who had represented the town's 4th Council District until her term expired on Dec. 31, said Thursday she has asked 6th District Court Judge Chris Ann Kelley to swear her in. The ceremony may take place at election headquarters after the vote is certified, Kepert said.

"I feel great. I'm glad it's over and the people of the 4th District will have representation," Kepert said in an interview. "I wish it had ended sooner, but it ended the way we wanted it to."

Loguercio said this week that he expected to lose once the ballots were counted. He also said he plans to run for the seat again next year.

A Republican and Conservative coalition will hold a 5-2 majority on the town board when Kepert is sworn in.

Kepert had trailed Loguercio by 94 votes out of about 8,500 cast when unofficial results were announced on Nov. 5. The gap narrowed to 11 votes when absentee ballots were counted.

Attorneys for Kepert and Loguercio challenged the validity of 48 ballots over questionable signatures and extraneous markings. Lawyers for both agreed to drop most of the challenges.

Kepert took the lead on Dec. 20 when the state Second Appellate Division in Brooklyn overturned parts of MacKenzie's decision. The state Court of Appeals on Wednesday rejected Loguercio's appeal of the appellate court decision.