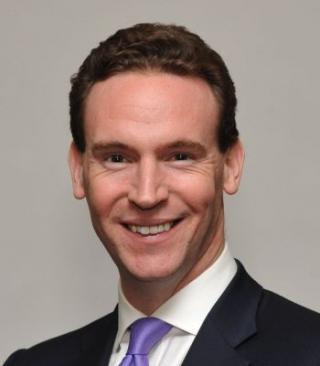 Harrington, 34, making his first run for public office, heads a slate of town candidates named Wednesday at a party nominating convention at the Selden firehouse.

In an interview, Harrington said he would focus on job creation, affordable housing and environmental conservation in his campaign to unseat Romaine, a two-term incumbent.

Harrington said Brookhaven Democrats, who hold only one seat on the town’s seven-member town board, have been energized by Democrat Christine Pellegrino’s upset victory Tuesday in a special election to fill a vacant State Assembly seat on the Nassau-Suffolk border that had been held by Republican Joseph Saladino.

“I think people want a new direction across the country, from the top on down,” Harrington said. Pellegrino’s victory “is a remarkable result, and I think it’s something that can be replicated.”

Romaine declined to comment Thursday. He was re-elected in 2015, when he collected 72 percent of the vote while defeating Democrat Douglas P. Dittko, who did not campaign.

Harrington, who is married and has a 2-year-old son, is a lawyer with Ronkonkoma law firm Campolo, Middleton & McCormick. He was raised in Sound Beach and attended Miller Place schools.

He did not criticize Romaine directly but said Brookhaven should do more to encourage transit-oriented development and upgrade town ethics rules.

“We need to really reenvision the future that we have in this town,” Harrington said. “We really need to look to places like Patchogue, which I think is a marvelous success story.”

Lillian Clayman, Brookhaven Democratic chairwoman, said the town committee has $25,000 to spend on the campaign. She predicted a “groundswell” of party activism sparked by events such as the women’s march in Washington, D.C., in January.

“People are ready for a breath of fresh air,” said Clayman, a former mayor of Hamden, Connecticut, before she moved to Long Island. “We may not have millions of dollars, but we have energy and enthusiasm.”