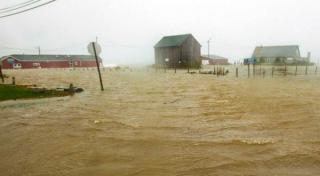 A bill moving quickly in the Legislature’s final days would create a New York Climate Action Council to push solar, wind and other renewable energies through state spending.

One innovative new effort under the bill would be to use solar-powered heat pumps to use ground water to help heat residential buildings including public housing.

The measure sponsored by Assemb. Steven Engelbright (D-Setauket) passed the Democrat led Assembly just over a week ago mostly along party lines, with many Republicans opposed. The bill now awaits action in the Senate, where it has some powerful sponsors.

The bill would give the power of law to Gov. Andrew M. Cuomo’s efforts to set targets for use of more renewable energy, to further curb use of fossil fuels, and to make communities more resilient to extreme weather such as superstorm Sandy that many scientists and Cuomo see as a result of climate change.

The measure would also make clean energy standards legally enforceable and commit the state to “eliminating climate pollution by 2050.” The bill also ties goals and funding to the creation of more private sector jobs in the clean energy field.

“I think this is one of the more important bills of the session,” Englbright said Friday in an interview. “And it’s clearly one of the most important issues for our state and nation.”

Sen. Diane Savino (D-Staten Island) is sponsoring the bill that is co-sponsored by three of her colleagues in the Independent Democratic Conference, which partners with the chamber’s Republican majority. The bill has the support of three Republicans who dealt with the damage from superstorm Sandy many associate with climate change -- Sens. Phil Boyle (R-Bay Shore), Carl Marcellino (R-Syosset) and Jack Martins (R-Old Wesbury). The Republicans’ support this week increases the chance of the bill reaching a floor vote even, this late in the session.

“Granted, it’s very late in the game in the Senate, but it immediately started to capture members’ attention,” Savino said Friday. She said the partisan divide nationally disagreeing over the validity of climate change and global warming aren’t an obstacle in discussion of the bill.

“It doesn’t make a difference,” Savino said. “Anyone who represents the coastal communities saw the effects first hand of Mother Nature. We have to be prepared.”

Major environmental groups and unions influential in the Legislature are lobbying for the bill. Provisions of the bill would favor hiring unionized companies paying “the prevailing wage” on construction projects and in training workers for new careers in the renewable energy field.

Three days are left in the 2016 legislative session scheduled to end Thursday.