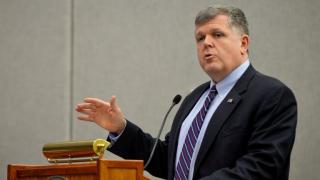 "We’re a middle-class, blue-collar town, and the salaries of our town employees reflect” that, he said.

“We wish we could pay everybody more, but unfortunately we know the limits of the taxpayers,” Schaffer added, calling the town wages fair.

Babylon’s median household income from 2011 to 2015 was $80,327, which was lower than most Long Island municipalities but higher than Southampton, Southold, Glen Cove and Riverhead, according to census data.

Diane Caparso, a senior clerk typist in the town and president of its unit of the Civil Service Employees Association, declined to comment on town wages but said upward mobility is rare among workers there.

“It’s very difficult to get promotions here,” she said. “A lot of the members don’t feel appreciated.” She praised town leaders, however, for fairly negotiating the union workers’ contract.

Sixty town employees earned $100,000 or more in 2016, and the highest earner, as in previous years, was Richard Groh, the Department of Environmental Control’s chief environmental analyst, who received close to $166,000, including overtime and other forms of pay.

The town’s 2016 payroll database lists 1,380 employees, which is 33 fewer than in 2015. However, some employees appear repeatedly in the database, as they may have moved from one town position to another during the year. The actual number of employees on the 2016 payroll was closer to 1,258.

That total employee figure also does not include the 34 people who work for Babylon through its contract with consultant Herbert L. Greene, who subcontracts Red Hill Professional Services to staff several town departments with additional workers.

Greene billed Babylon $1.53 million in 2016, an increase of $330,000 from 2015, even as the number of town workers contracted through him remained flat, according to town spokesman Kevin Bonner.

Bonner said the billing increase was likely due to Red Hill employees working more hours for the town in 2016 than in 2015.

The Parks Department budget has increased by about $500,000 since 2013. And Park & Recreation Administration, which is classified as a separate department in the payroll data provided by the town, has increased by $279,500 in that period.

Schaffer attributed that payroll growth to minimum wage increases and the expansion of parks services. He said residents value the town’s spending on parks.

“It’s why people live in Babylon,” he said. “All I ever hear about is what great parks we have.”

Schaffer said the changes in overtime pay correlate to the severity of recent winters and the amount of snow removal required.

Maintenance of Streets employees, who plow town roads after storms, earned more overtime and double time pay in 2016 than any other department, taking home $363,857.

Babylon paid $478,000 to employees in 2016 for unused sick day buyouts, including more than $51,000 to John Farrell, the former deputy commissioner of planning and development. Farrell retired from that position in June 2016, and the buyout likely represents years of accrued unused sick time, Bonner said.