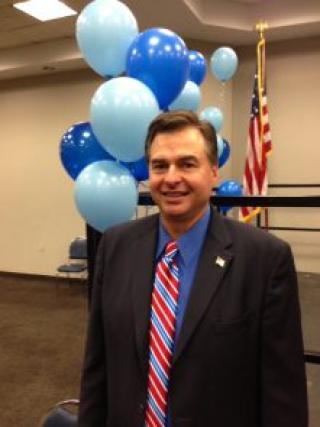 Cutchogue native Al Krupski, a Democrat, won his bid for re-election to the Suffolk County Legislature seat he currently holds by a landslide Tuesday.

Challenged by Republican Albie De Kerillis, Krupski came out ahead, with the unofficial tally giving him the lead by a huge margin of 12546 to 4712.

"I'm honored to represent the 1st District again," Krupski said after the race. "I'm going to get back to work tomorrow; we're going to vote on the budget."

Of the scores of voters who turned out to cast their ballots for him, Krupski said, "I think I'm very familiar with the East End and the important issues; that's why people support me."

After his loss, De Kerillis said he conceded and wished Krupski "the best of luck."