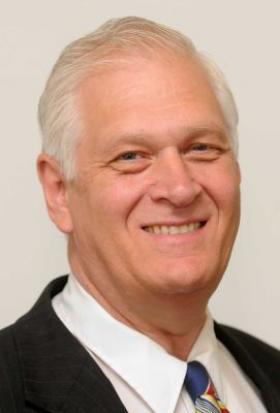 Assemblyman Steve Englebright's background in science and education brings a unique and useful perspective to the State Legislature. With professional training as a geologist and biologist, Assemblyman Englebright’s skill at translating technical concepts and findings into innovative public policy has enabled him to help shape laws that have practical relevance to our lives and health. For example, Assemblyman Englebright’s Pesticide Use Reporting Act of 1996 is advancing study of the possible link between pesticides and breast and other cancers.

Steve Englebright spent his early working years as Curator of Geologic Collections at SUNY at Stony Brook. Later, as founding director of the Museum of Long Island Natural Sciences, Englebright helped to educate a generation of Long Islanders about the importance of the Pine Barrens and their critical role in the protection of our groundwater aquifers.

First elected to office in 1983, Steve Englebright’s tenure in the Suffolk County Legislature was strongly defined by his interest in the interface of science and society in the policy area of public health. He helped lead the movement to protect the Pine Barrens watershed, successfully fought the opening of the Shoreham Nuclear Power Plant and pushed through the first local law in the nation to require biodegradable packaging. As Chair of the Parks Committee, Englebright spearheaded Suffolk County’s premier open space program which became a much-copied national model. In Suffolk, this resulted in doubling the county’s preserved open space as parkland and validated the ecosystem protection approach to strategic open space policy.

Steve Englebright entered the Assembly after a special election in February of 1992. In the state legislature, Assemblyman Englebright was able to broaden his work to protect our health, safety and quality of life. His legislative accomplishments include the Solar Choice Act which allows for residential net-metering of solar photovoltaic cells, the Historic Maritime Communities Act, the Long Island North Shore Heritage Area Act, and the Assisted Living Reform Act of 2004. Other significant laws he has sponsored include an act that doubled New York State’s annual commitment to breast cancer research and education and a chapter amendment that significantly strengthened Megan’s Law.

Assemblyman Englebright has also advanced initiatives that protect and support the special needs of New York seniors with a particular emphasis on programs and mechanisms that promote the ability of seniors to continue to live in their own homes and community. Assemblyman Englebright is also concerned that assisted living facilities are properly regulated and that nursing homes have quality staff. In 2004, Assemblyman Englebright’s landmark legislation on Assisted Living Reform became law and is widely regarded as a national model.

Assemblyman Englebright has been a consistent voice for the need for state education funding to keep our local schools strong and meet the new educational standards. Englebright’s advocacy has each year helped moderate the rise of property taxes by annually bringing home more state school aid than what the Governor had proposed. Assemblyman Englebright supports a comprehensive reform of our state’s inequitable school aid formula and will continue to fight for a predictable formula that adjusts for regional costs, student enrollment, student need and the misperception of wealth driven by our regional real estate market.

Assemblyman Englebright is the prime sponsor of the Healthy Schools Initiative, a comprehensive series of measures to protect children from exposure to toxic and hazardous substances that can endanger their health and impair the ability to learn. Similarly, Assemblyman Englebright is a long-time supporter of the SUNY-Community College system and the need to keep college affordable for the children of working families.

The 4th Assembly District is situated on the north shore of Long Island and encompasses Port Jefferson Station, sections of Coram, Centereach, Selden and Lake Grove as well as the historic maritime communities that developed around the harbors of Stony Brook, Setauket, Port Jefferson and Mt. Sinai.

A Setauket homeowner since 1973, Assemblyman Englebright has two daughters, Christina Marie and Jennifer Lynn both of whom are graduates of Stony Brook University. Assemblyman Englebright is a graduate of Bayside High School, received his Bachelor of Science degree from the University of Tennessee in 1969 and a Master of Science degree in Paleontology/Sedimentology from the State University of New York at Stony Brook.