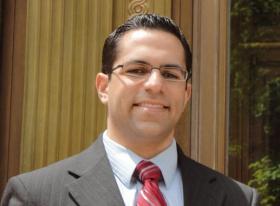 Steve Snair is a small business owner and a lifelong resident of the Town of Smithtown. He is an active member of our community who is concerned with the increased cost of living in our town. Steve is running for town supervisor to bring a fresh start to our government and a deep commitment to addressing Smithtown’s biggest challenges. Steve has announced ideas and initiatives that will lower property taxes, make government more efficient, and protect our quality of life.

Steve is the oldest child born to Mike and Sherry Snair, a loving Kings Park couple married over 35 years. Mike and Sherry are both practicing opticians and have raised three outstanding children. Steve’s family was raised and has continued to live in the same Kings Park home his entire life. Steve recently moved to Nesconset, but his deep connection with his family continues to be a defining part of his adult life.

Steve attended Kings Park High School and graduated in 1999, where he earned All-County Honors as an athlete. He then went off to college and graduated from Long Island University – C.W. Post in 2004 with a Bachelor’s Degree (B.A.) in Business Administration. Beginning with his earliest days in high school and throughout his college career, Steve has always been an active member of the workforce. He often worked part-time and low-paying jobs to cover his living expenses. He always felt it was necessary to learn the importance of earning a wage and being financially independent.

After college, Steve worked several years in the private sector on Long Island. Although a rewarding experience, Steve decided to change his career path and went back to school. He enrolled in Widener University School of Law and graduated in 2010 with a Juris Doctor (J.D.). During his time at law school Steve began an interest in public service that has continued today. He was elected to the university’s student government as a section representative. He also worked in the Public Defenders office, helping clients with legal matters. After graduation, Steve began his successful law career in Smithtown.

Steve is now a small business owner with a private law practice on Main Street in Smithtown. The Law Office of Steven E. Snair Esq. P.C. was founded on the guiding principle of delivering Long Islanders with high quality, yet affordable legal representation. Steve is also currently an Assistant County Attorney with the Suffolk County government.