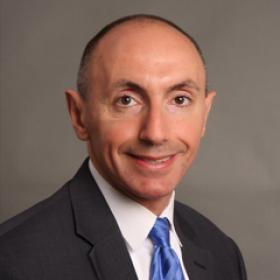 Stephen L. Ukeiley is a former Acting Suffolk County Court and District Court Judge. Steve earned the State Independent Judicial Election Qualification Commission’s highest judicial ranking -- “Highly Qualified”. He has presided over in excess of 65,000 criminal and civil cases to completion and sat in every part of the District Court. In 2014, Steve was the Presiding Judge of the Suffolk County Human Trafficking Court where he heard felony cases involving sex and labor trafficking, and the commercial sexual exploitation of women and children. Steve is presently the Principal Law Clerk to a Court of Claims Judge and Acting Supreme Court Justice.

Steve is also an adjunct professor of law at both Touro Law School and the New York Institute of Technology. He is the author of numerous scholarly works, including two books on the law. His most recent book, The Bench Guide to Landlord & Tenant Disputes in New York (Second Edition), was distributed to more than 1,200 Courts in New York. Steve frequently lectures before judges throughout the State and has presented at the Judicial Institute in White Plains.

Steve is an active member of several Bar Associations, including the Suffolk County Women’s Bar Association where he served on the Board of Directors. Prior to taking the Bench, he was a trial attorney in both the Federal and State Courts. He is also a former law clerk to a Federal Judge. Steve graduated from Rutgers University, with Honors, and Hofstra Law School, where he was the Editor-in-Chief of the Hofstra Labor Law Journal.

Steve resides in the Town of Brookhaven with his wife and two children. He is also a volunteer soccer coach in a local youth league and volunteers as a judge for the New York State High School Mock Trial competition.