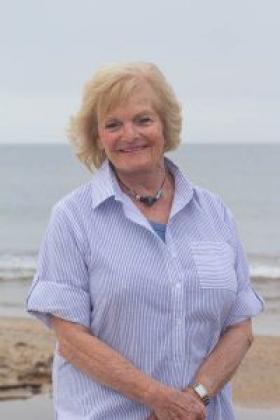 An Amagansett resident for 29 years, Rona Klopman has been a tireless community activist and leader. Her respect and concern for our beaches, harbors and wetlands comes from her many years living near and walking along our fragile coastline. She has served on and chaired the Amagansett Citizens Advisory Committee, and served as vice-chairman and secretary of the East Hampton Democratic Committee. Rona is an active board member of Temple Adas Israel and member of the town’s Litter/Recycling Committee and member of Progressive East End Reformers a chapter of NY Progressive Action Network. She has been endorsed by the Democratic, Independence, Working Families and Women’s Equality Parties.

Rona graduated from Hunter College with a degree in Mathematics and continued her education, earning two Masters degrees leading to a 30 year career teaching reading in the Jericho School District.

Rona Klopman is running for Trustee because of her life-long passion for maintaining the quality of our waters and access to our magnificent beaches. To attain that goal, she believes in working for better cooperation and communication between the Trustees and the Town Board, recognizing and working with government agencies such as the State Department of Environmental Conservation, and educating the public about the duties and responsibilities of the Trustees. She is supportive of initiating legislation which will protect our natural resources and beaches so all residents are guided by the same rules and regulations.

Rona is endorsed by the Democratic, Independence, Working Families, and Women’s Equality Parties.