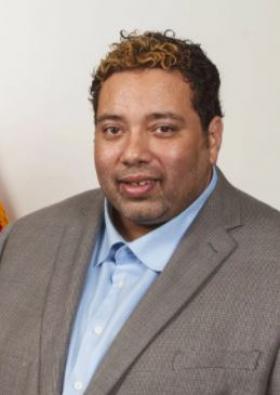 I’m Mike Sax and I’m a first time Congressional candidate for the NY 2nd Congressional District. Like many Americans after the November 8, 2016-a day that truly will live in infamy-I have decided to put my hat into the ring for the first time.

Some might ask why I don’t go for a more local or lower office first. In the past that’s probably what I would have done but these are different times. Everything is now different. Honestly, if Trump is ‘President’ why can’t I be Congressman for the NY2 district? Unlike him, I’m actually decently informed of the issues as hopefully you’ll see if you check out a few of my blog posts.

As for the NY2 district, let’s be clear. Democrats have been losing to Republican Peter King In the NY2-and until 2013, the NY3 district-for 25 years. All these candidates King has beaten every two years has checked all the right boxes-known the right people, had the right experience. And they’ve lost, every single one of them to King: by 20 points, by 30 points, by 40 points.

We can’t afford to check a box and accept losing anymore. We have a Constitutional crisis in this country as we need a Democratic House

Trump’s presidential victory sealed the fate of America. Seriously. The country has spiraled into massive chaos – it may look simple and beautiful on the outside, but the rotting carcass is truly evident. Well, what would you expect under the leadership of the greatest traitor to America? One path is evident now: Trump and GOP, the party of treason, should be unseated.

The Last Men and Overmen aims to raise awareness about the political landscape in America. Mike Sax, a political influencer, and upcoming congressional candidate founded the blog/website in 2011. Through the years, Mike Sax explored the political direction of America and the ever-needed drive towards societal change. Now, his blog covers the policies, strategies, controversies, and the other shenanigans of the Trump administration.

Mike Sax believes that he truly deserves a spot in Congress. With his political knowledge, he can definitely make decisions that will inspire thousands of people. Intent on bringing change to NY2 district, Mike Sax had been busy in making connections and raising awareness about the societal damages caused by Trump. Mike Sax also works full-time in boosting the Impeachment Train – the full initiative focused on ousting Trump. For any political parties who are really focused on change, the Last Men and Overmen is a remarkable starting point.

Will there be financial benefits in visiting the Last Men and Overmen? Perhaps none, but you’ll get something better: total awareness. If you care about America and its future, read a few articles posted in Mike Sax’s Last Men and Overmen. This will let you see the unveiled truth of America.

The time has come to unseat Trump! Visit the Last Men and Overmen to fully educate yourself about what’s truly happening to America!

So if you agree with me that we have a constitutional crisis in our country and only a Democratic Congress can get to the bottom of what happened in that election between Trump and Russia, then please join us on this trip to Washington DC on the Impeachment Train With Mike Sax NY2.