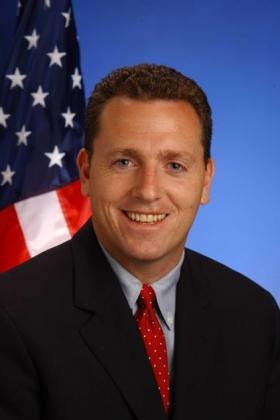 Cuthbertson has kept his pledge to put politics aside and be part of a bi-partisanship government that has marked the most significant turnaround in local government on Long Island. Throughout his term, Mark Cuthbertson has voted to reduce and stabilize taxes in Huntington by working with the other members of the Town Board, to place performance over partisanship.

In recent years, he has focused on the area of economic development and job creation and has used his background in real estate law to attract several major projects in the Route 110 corridor including Canon USAand Rubie’s Costumes. This effort was recognized by the Long Island Business News as the Best Public Private Partnership for 2008. In addition, Cuthbertson has sponsored sweeping environmental legislation to preserve hillside areas in the Town, to promote renewable energy, update code enforcement and to preserve open spaces.

He is currently a head coach in the Northport Cow Harbor Soccer League and has coached in the Northport Youth Center and Elwood Soccer Leagues. He is the recipient of a number of awards, including Long Island Business News Best Public-Private Partnership for the Canon project, the Smart Growth Visionary Award, 2007 Regional Commuter Choice Award and the 2008 Tobacco Control Champion Award.

He is married to Michelle and has three children that attend school in the Harborfields School District.