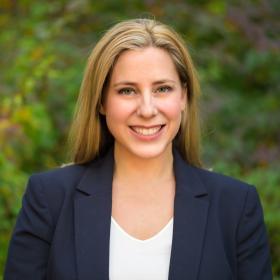 Liuba has spent her career leading organizations to empower working families both at home and abroad. She has forged partnerships between nonprofits, government, and businesses to tackle issues including economic development, access to health care, paid family leave, and government transparency. She has worked with farmers, diplomats, healthcare workers, government leaders and entrepreneurs in Africa, the Middle East, Europe, and the United States. Liuba has led delegations to Capitol Hill to lobby for strong American leadership at the UN, has fought to make the use of international aid funds more accountable and less corrupt, and has worked to help restore economically depressed communities around the world.

Liuba and her family have called Long Island home for five generations. Her mother, Katherine Grechen, is a public school teacher and single mother. Liuba’s grandparents were Russian immigrants who moved to Amityville in the 1940s to build a better life for their children. Her grandmother, whom she was named after, opened a small wool and yarn business, and her grandfather helped build the first lunar module to land on the moon. Liuba’s family taught her the value of hard work and the importance of community, and she and her husband are now raising their two young children in Amityville.

Liuba founded a grassroots group called New York’s 2nd District Democrats to engage Long Islanders in the political process. At first, she thought the group would mostly attract Democrats alarmed by Donald Trump’s policies — but the group has actually welcomed many independents and even some Republicans who want new leadership in NY02. Liuba holds an MBA with specializations in Management, Economics, and Social Innovation from New York’s University’s Stern School of Business, and a BA in Politics and Russian from NYU.