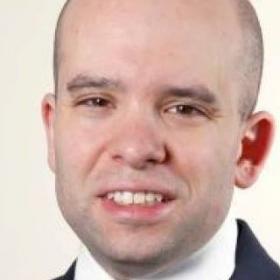 Born and raised in Smithtown with his younger brother by working class parents, Justin Smiloff learned early on the value of hard work, teamwork, and perseverance. He graduated from Hauppauge High School with an Academic Letter and participated in many extra curricular activities, all while working a part-time job at a local movie theater.

Justin's academic prowess and leadership abilities earned him a partial scholarship to Hofstra University, where he was a Dean's List student who graduated with a degree in Accounting before attending law school. After receiving a substantial scholarship, Justin graduated sixth in his class from Touro Law School and received numerous awards and accolades including being honored by the American Bar Association. He then served for five and one half years as an Assistant Suffolk County Attorney where he negotiated contracts valued at greater than a million dollars on behalf of Suffolk County Departments and drafted numerous County Laws. Justin then moved on to private practice and operated his own Law Firm that specialized in collection and tax matters. In October, 2013, Justin returned to public service as a prosecutor for the Suffolk County Traffic and Parking Violations Agency where he handles trial, motion and appellate work. In his spare time Justin volunteers for a variety of charitable organizations and is active in both the Suffolk County Bar and Touro Law School Alumni Associations. He is a life-long Smithtown resident and is the proud owner of a Co-Op.

Justin's interests include spending time with family and friends, reading, watching movies and he is an avid fan of the Mets, Jets, soccer and boxing.