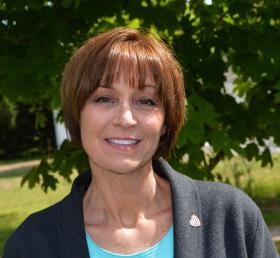 My family has lived on the east end of Long Island for over 100 years. I am a graduate of Hampton Bays High School, Class of 1980. I attended college at the Florida Institute of Technology. I graduated with a Bachelor of Science in Air Commerce/Flight Technology, and earned my Commercial pilots license, with multi-engine and instrument ratings. After college, I worked for the Port Authority of New York and New Jersey for 15 years. I first worked in the Aeronautical Services Section, designing runway and taxiway lighting systems for the three major NY metro area airports (JFK, LaGuardia, and Newark airports). I received a commendation from the Office of the Mayor of New York City for my efforts. I then worked as the grant manager for the Aviation Technical Services Division. I managed a multi-million dollar grant program, which funded projects at the PANYNJ airports.

I became a mother in March of 2000, and decided to be a stay at home mom, all while helping my husband with our commercial fishing business. For the next 15 years, while raising our daughter, my husband and I grew our business into a successful fishing venture. We expanded beyond our traditional markets in order to remain a viable business, in a time when the industry was declining. We continue to think out of the box, and find new ways to grow. Among other ventures, we have a flourishing wholesale bait business, and we participate in local farmers markets to bring our fresh local seafood, at a reasonable price, to our neighbors. I also negotiated with Ahold, Inc., the parent corporation of our local Stop and Shop grocery stores, to get our seafood into their stores. The process took 2 years, but I was successful and we are now an authorized vendor for the corporation.

During this same time period, I co-founded a not for profit called the Hampton Bays Mothers’ Association. We raised money to build two new parks in our town, and partnered with our town government and local businesses to bring the projects to completion. Another event we spearheaded was a town-wide clothing and supply donation for Hurricane Katrina victims. I received an award for National Volunteer Recognition Week from Senator Ken LaValle, as someone who “exemplified the spirit of volunteerism and restored our faith in humanity” for my work on behalf of Katrina victims. After enduring many road blocks and much red tape, we worked with the Governor’s Office to get the donations successfully transported into the affected area via the National Guard.

We also worked with local elected officials on sex offender issues. We organized many other local events to support our community. As the co- president of the organization, I was deeply involved with every project we took on.

I also was the co-owner of a business called “UntappedAbility”. Untapped was founded upon the premise that moms are the ultimate multi-taskers, and are perfect for many jobs. We found suitable employment for moms (and others) who wanted to get back into the workforce. We placed over 150 people during our short time in business.

I have been involved with local school district issues, attended numerous Board of Education meetings, and have been on the executive boards of all our parent groups (PTA, PTO, PTSA), spanning over 10 years. I have worked with school administration on many projects.

When I was approached and asked if I was interested in running for an elected position, the first thing I thought was, I can’t do that – I’m not a politician. But the more I thought about it, the more I realized that I WAS qualified for the job. I am a small business owner, a mom, and a fisherman’s wife. I am a hard worker and a passionate advocate for my community. I believe that these various hats I wear everyday, give me the skills, the vision, and the understanding, to serve as an effective council person.

I am honored and excited about this new chapter in my life, and I look forward to advocating for and serving my community