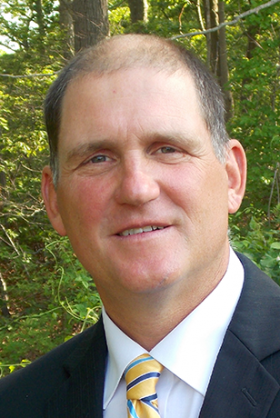 “As mayor, my motto is “anytime anywhere” and I will continue to hold the philosophy as your Councilmen so that when it comes to meeting with Islip residents… I will be there.” - Mayor Joe McDermott

Joe McDermott is the current Mayor of Brightwaters. His term as Mayor could be described as both a successful and effective one. Joe balanced Brightwaters’ budget in a transparent manner, unified the village in solving problems, and further had shown his commitment in achieving solutions by reaching for support to all necessary parties. McDermott uses the motto of “anytime anywhere” as his leading strategy as mayor, and plans to continue in doing so as councilmen. For those reason, McDermott is well known and liked in the Brightwaters community. In addition to being the Mayor of the Village of Brightwaters, Joe is part of Local 361 and works as a Structural Ironworker. He had been doing this for 18 years.

Even as being Mayor, his support for his community does not stop there. Joe is a volunteer coach for CYO Basketball, the Bay Shore-Brightwaters Little League, and Bay Shore-Brightwaters Lacrosse. In conjunction with being a coach, McDermott is also an Assistant Scoutmaster for Troop 153 in Bay Shore. Joe currently resides in Brightwaters with his wife Mary, and their three children, Riley, Cynthia and Olivia.