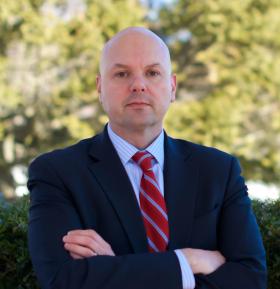 Jason received a B.A. in Philosophy from the University of Colorado at Boulder in 2000, and in 2004 earned a J.D. from New York Law School. After law school, he practiced general litigation for two well-respected mid-sized law firms, one on Long Island, and another in New York City. Then he served in a management and legal role for a family-owned environmental and construction company.

In 2011, combining his prior law firm experience with his construction knowledge, he returned to law firm practice joining the Litigation and Public Infrastructure & Construction group in the New York office of Manatt, Phelps & Phillips. In this position he worked on legal matters arising from some of the largest public infrastructure projects in the New York City area including East Side Access (LIRR to Grand Central) and the New Tappan Zee Bridge, other high profile projects such as One World Trade Center, as well as numerous other public and private projects. In 2016, Jason started his own law firm, Fenley LLP, located in Bay Shore, where his practice is focused on construction, infrastructure and commercial matters.

Building on his strong public infrastructure background and legal representation of public entities, Jason is set to earn an M.B.A. later this year with a concentration in public finance through the Rutgers School of Business. Additionally, Jason is an active member of the community both professionally and personally. Professionally, he is active in various business organizations, including the Long Island Association, the Long Island Contractors’ Association, the Long Island Builders Institute, the Hauppauge Industrial Association of Long Island, and the Chamber of Commerce of Greater Bay Shore. At home, Jason is the father to four boys, the oldest Aidan, and identical triplets, Owen, Noah and Miles (you read that correctly, identical triplets, ask and he’ll proudly show you pictures of all four boys), and husband to Kelli, an assistant principal with Nassau BOCES. Jason is also an active member of the Bay Shore Lions Club and served as the Associate Village Justice for the Village of Brightwaters until earlier this year.