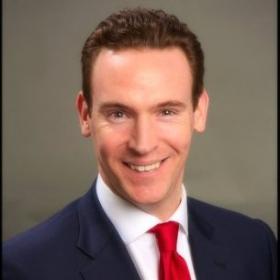 Jack is a local attorney, community leader, and an officer in the U.S. Navy Reserve. Born and raised in Brookhaven Town, he chairs the International Regulatory and Compliance practice group at Campolo, Middleton & McCormick, LLP in Ronkonkoma. Prior to joining Campolo, Jack was a Senior Associate at WilmerHale, LLP and served as an adjunct professor in the MBA program at Stony Brook University. He has advised companies of all sizes, from small local businesses to Fortune 100 corporations.

The son of a public-school teacher, Jack attended Miller Place schools and later earned an academic scholarship to Phillips Academy in Andover, Massachusetts. He received his B.A. in International Relations from the University of St. Andrews in Scotland and his M.A. in International Security from Georgetown University’s School of Foreign Service. After working in the counterterrorism and national security fields, Jack attended law school at Yale where he was Editor-in-Chief of the Yale Journal of International Law and represented pro bono clients before the U.S. Supreme Court. While at Yale, Jack interned at the U.S. Attorney’s Office for the District of Connecticut and on the Senate Homeland Security Committee. After law school, he interned in President Obama’s White House Counsel’s Office.

Jack is invested in his community. Along with his wife and sister, he co-founded the Linda Ross-Harrington Foundation, a local education charity in honor of his late mother, an ESL teacher in Three Village Schools. Since 2008, Jack has been a Fellow at the Truman National Security Project and the Long Island Business News recently named Jack as one of its “40 under 40” to watch. Jack attends St. James Episcopal Church where he served on the Vestry, and lives in Stony Brook with his wife, Sarah, and their two-year-old son, Jack Jr.