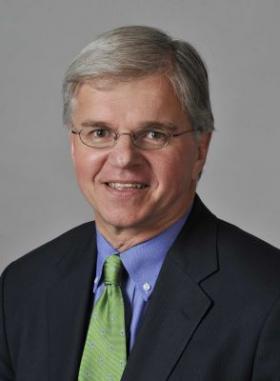 Mr. Thiele began his career in government service in 1975 after he was selected by his college to participate in the New York State Assembly Intern Program. Upon graduation from law school in 1979, Mr. Thiele became counsel to then-Assemblyman John Behan of Montauk. He served in that capacity until 1982.

From 1982–1987, Mr. Thiele was Southampton Town Attorney. During his tenure as Town Attorney he was the town’s chief legal officer and was involved in the implementation of open space and environmental zoning and land preservation programs.

In November 1987, Mr. Thiele was elected to the Suffolk County Legislature. As a Legislator, Mr. Thiele chaired the Energy and Environment Committee and enacted legislation that nominated Peconic Bay and Gardiners Bay for the National Estuary Program.

In November 1991, Mr. Thiele was elected as an Independent to serve as Southampton Town Supervisor. Under his leadership, the Town decreased taxes for three consecutive years, bringing much needed stability to the Town's finances. He enacted a number of important initiatives including open space preservation, affordable housing, environmental protection, comprehensive long-term planning, economic development and government reform.

Mr. Thiele is serving his 13th term in the New York State Assembly. Assemblyman Thiele has numerous accomplishments as a State Assemblyman. He authored legislation which created the Peconic Bay Community Preservation Fund Act (CPF). This groundbreaking legislation authorized the five towns in the Peconic Region to establish dedicated funds, financed by a 2% real estate transfer tax for land preservation and water quality protection. Since its enactment 20 years ago by public referendum, the fund as generated more than $1.4 billion and has resulted in the preservation of more than 10,000 acres of sensitive lands.

Mr. Thiele has also been very involved in transportation issues including the establishment of the South Fork Commuter Connection, the region’s first multi-modal commuter system providing an alternative to traffic congestion.

Mr. Thiele has also focused on affordable housing. During the 2019 Session, the Legislature passed his bill to permit the Peconic Bay region towns to establish Community Housing Funds, which would provide up to $20 million annually to provide financial assistance and new housing opportunities for local residents.

Mr. Thiele continues his efforts to insure fiscal responsibility at all levels of government. He has supported successful initiatives to reduce income taxes and was an original proponent of the STAR program to reduce school taxes.