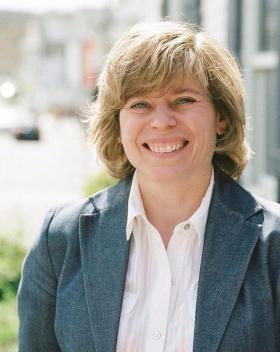 Elaine spent 21 years as a federal contractor and project manager at the Brookhaven National Lab, delivering world-leading solutions in energy, environment, and health.

Her candidacy is widely and enthusiastically supported by a national grassroots movement seeking to elect more people with scientific backgrounds to the Congress.

Elaine's work ethic emerged from her blue-collar roots, inspired by her great-grandparents who immigrated to America, securing jobs in Pennsylvania’s steel mills. Their example taught Elaine to value, respect and protect the dignity of working women and men.

Elaine believes the public deserve a government where elected officials are not separate from the public; where those in office have the same basic experiences as their constituents; a government that values two-way communication and transparency; a government that cares for all its people equally, is responsive to them and their concerns.

Elaine is running a race built on the belief that a future of endless possibility is well within reach. An American future that values equality for its people, that opens doors of opportunity for all. An America that leads by example through its laws and practices to ensure the dignity, wellbeing, and freedom of all people.