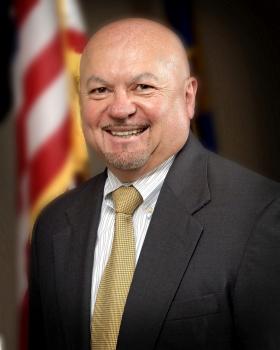 Ed Perez is a social entrepreneur with over twenty-five years of experience in the non-profit sector. Currently, Ed is the President of Diversity Resource Network (DRN), a marketing consulting organization. DRN assists its clients in the area of business development and communication through marketing and public relations. DRN also assists businesses in the management of diversity compliance, as well as sales and supplier diversity initiatives. In addition to his work at DRN, Ed is also part of the team at the Suffolk County Board of Elections.

Ed has a depth of experience working as a public servant in local government as well. He currently serves as an appointed Town of Huntington official, as a member of the Zoning Board of Appeals. Ed also has served in Suffolk County government as the Director of the Office of Minority Affairs and as the Director of Community Relations. As the Director of Minority Affairs, his responsibilities were to advise and assist the County Executive and other high level administrators within the executive branch of county government on issues and concerns affecting the more than 300,000 Suffolk residents that comprise Suffolk’s minority communities. As the Director of Community Relations, Ed served as the ombudsman for the county, supervising the County Executive’s Constituent Response Unit. In this role he advocated for Suffolk residents and assisted constituents in navigating all levels of government.

In addition to his public service experience, Ed also has a distinguished history of community service. He has served as Chairman of the Board of La Fuerza Unida Community Development Corporation, is the founder of community economic development organization the Friends of Huntington Station Latin Quarter and is a current Board Member of the Developmental Disabilities Institute Foundation and the Huntington Townwide Fund. He has also served as a past Board Member of several community organizations including - the Heckscher Museum of Art, the Family and Children's Association, La Fuerza Unida Community Development Corporation and Sustainable Long Island.

Ed has been recognized by several organizations for his service back to local communities. He is a recipient of the Long Island Hispanic Counseling Center's Humanitarian Award, has been honored by Long Island’s TeleCare Television network as one of Long Island’s Latino Leaders and was named man of the year in civics for 2011 by the Times of Huntington. He has also been presented with community service citations by both the County Executive and County Legislature of Nassau County. In addition, Ed has been recognized by the Town of Huntington, Supervisor Frank Petrone and the Huntington Chamber of Commerce Foundation for his participation and service in the "Leadership Huntington" program.

Ed earned his Bachelor of Business Administration in marketing management from Bernard M. Baruch College and resides in Huntington, where he lives with his wife and three adult children.