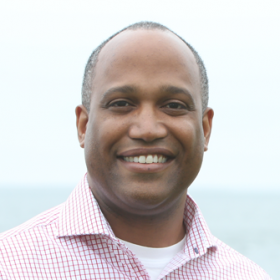 Born and raised on the South Shore of Long Island, the son of a World War II Veteran and a community health nurse, DuWayne Gregory was inspired to serve his country and community at a young age, enlisting in the United States Army and rising to the rank of 1st Lieutenant where he served with distinction before returning to Long Island.

Following his work as a community advocate, DuWayne Gregory was first elected to the Suffolk County Legislature in 2008. Most recently he has been standing up for Long Island’s working families as the Presiding Officer in the Suffolk County Legislature where he’s delivered ground breaking ethics reforms, on time fiscally sound budgets, and protections for Long Island’s drinking water.

DuWayne Gregory is running for the United States Congress to deliver for Long Island families. While extremist policies and partisan bickering have led to skyrocketing taxes for Long Island homeowners, DuWayne Gregory is focused on issues that matter most to working families: protecting taxpayers, tackling the opioid epidemic, improving infrastructure and storm preparedness for the South Shore, and standing up to extremist policies that target women and marginalized communities.