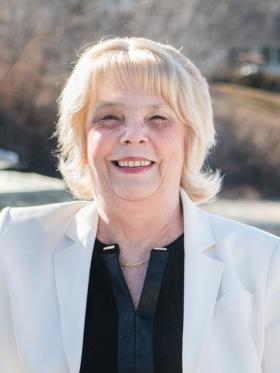 Deborah Slinkosky has been a resident of Islip Town for 34 years and resides in Holbrook with her husband Bill, where they raised their three sons, Michael , Matthew and William.

Deborah possesses a Master's Degree in Public Policy from Stony Brook University and a Bachelor's Degree in Business Management and Communications from Adelphi University.

She built a 22 year career in Banking and Finance and is currently employed with Department of Social Services.

In 1997, she elected to place her career on hold in order to raise her three children and during that time became very active in community service. She served as a Council Delegate, a Sixth Grade Committee Chair and an active PTA Member, during her children's elementary years. She also volunteered and fundraised for numerous organizations, including the Police Athletic League, Sachem Youth Sports, Sachem Youth Athletic Group, the Sachem Touchdown Club and the Catholic Youth Organization.

In 2005, she was elected to the Sachem Board of Education, where she helped achieve the only 0% tax increase in two counties and as a Board Member she helped create Sachem's first Legislative Committee, where she continued the fight for equitable state aid and unfunded mandate relief for our schools.

 She will Continue to Fight for the Middle Class