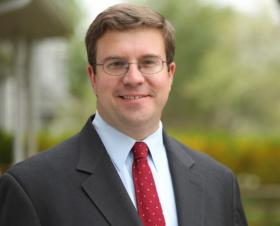 I was born and raised in Brookhaven Town where my mom was a public school teacher and my dad was an engineer. Because of their hard work, the support of my teachers in the Mt. Sinai and Port Jefferson school districts, and the nurture of my community, I got a great education, was able to go to Princeton University and Harvard Law School, and have had a satisfying career in both law and business. When it was time to decide where to raise our family, my wife and I came back to Suffolk County because we want the same opportunities for our kids.

After graduating from law school, I entered public service, first as a federal prosecutor at the U.S. Department of Justice where I represented our country prosecuting corporate fraud and terrorism. I received a national Attorney General’s Award for my service. Later, I became a Special Assistant Attorney General in New York State, working to negotiate what was at the time the largest health care fraud recovery for taxpayers in state history.

I then launched Jove Equity Partners, a firm that helps start and build technology companies. To date we have helped create dozens of jobs right here in New York and around the nation – and started a company that was recently named one of the fasted growing companies in the country. I also have urged Congress to focus on good job creation by helping to organize the bipartisan Congressional Caucus on Innovation and Entrepreneurship in the U.S. House of Representatives, advocating for federal policies that promote economic growth through the development of small businesses and founding national “Start-Up Day Across America.”

About seven years ago, I was appointed by the County Executive to Chair the Suffolk County Planning Commission, where I have worked with civic associations, environmental groups, and elected officials of all stripes to protect our waters and to promote regional economic development, environmental sustainability, housing diversity and public safety. My work on promoting renewable energy on Long Island has been nationally recognized. I also helped launch a non-profit that helps veterans and active duty service members to start businesses. A few years ago, I was asked to join the United Way of Long Island board, and in that role I’ve focused on ensuring that students in underserved Long Island school districts can access educational activities that get them interested in science and innovation.

As I became more and more involved in our community I decided that I couldn’t sit back and watch another employer leave Long Island. I couldn’t be idle while Congressman Zeldin and the Republican-controlled Congress voted to slash the funding our students need to be able to pay for college, decimate the research and development investments that have powered America’s innovation advantage, and strip funding from women’s health care. It’s critical that this Congressional seat be held by someone who will fight to change the direction of our country and bring real world experience to Washington.

I want to harness the incredible brainpower and human capacity we have in our region to energize existing businesses and foster the growth of new ones. I want to make sure that good-paying jobs are created on Long Island and that my kids – and all the kids in our region – are prepared for the jobs of tomorrow. I want to go to Congress to be an advocate for Long Island’s working people and its job creators.

I have the background, experience, and commitment to beat Congressman Zeldin and the Republicans who are doing so much damage to our national potential and to the people of our region. But this campaign ultimately has to be about more than just me – it’s about us as a community. This campaign is about taking the fight to Washington and standing together until we are heard. I ask you to join me on this journey.