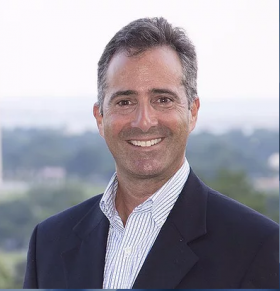 Raised in Smithtown, Dan has lived in Bellport for the last 15 years. Growing up in a household of 6, he shares our working family values and understands the challenges of raising a family in one of the most expensive regions of the country.

After graduating at the top of his class from Smithtown High School East, Dan attended the University of Pennsylvania and turned his focus on science and math into dual degrees in Accounting and Systems Engineering. After two years working in public accounting, he went back for his MBA at the University of Chicago .

Returning to New York, Dan began a 20 year career in the financial services industry. He honed his skills in financial forecasting and analysis, eventually becoming a Managing Director at Jefferies & Company. In the process, Dan managed to raise two beautiful daughters. His older daughter just graduated from the University of Chicago too! His younger one will graduate high school in 2018.

In 2010, after our country's worst financial crisis in a lifetime, Dan began looking for ways to contribute to his community and embarked on a second career.

Dan now works with the University's Incubator Programs, helping startup technology companies develop business plans and strategies in the hope that they will become anchors for future job creation in our region.

In addition to giving back to the community on a professional level, Dan joined his local volunteer fire department. He was awarded the "Rookie of the Year" honor in his first year of service as a Class A Fire Fighter and his connection with the community he serves has grown even stronger since then.

Dan is merging his personal and professional community service by running for the fourth district council seat in Brookhaven Town. His lifetime of financial experience and his dedication and responsiveness make him an ideal choice to serve his community on the town board.