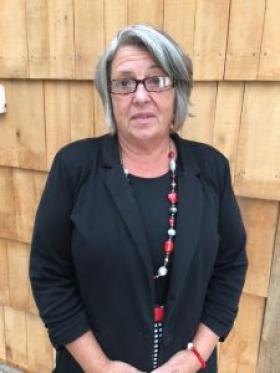 I was born and raised in the Village of Sag Harbor. I am one of six children born to Everett and June Diederiks. I attended Pierson School. I married my husband Joseph Brennan in 1972 and remained married for 43 years until his death. We have two children, Rachael Brennan Lucyk and Matthew Brennan. Rachael lives in Sag Harbor along with her husband Edward and children Patrick and Chloe, and owns RML Bookkeeping Services. Matthew lives in Springs along with his twin daughters Madison and Mariann, and owns and operates Brennan Motorsports, LLC.

After being a stay at home mother for most of my children’s school years I went to work for the Town of East Hampton in 1989. After first working for the Sanitation District and the Tax Receiver, I transferred to the Town Clerk’s Office in 1992. In April of 1994 I was appointed Deputy Town Clerk. I remained Deputy under two Town Clerks until the end of 2013. When then Clerk Fred Overton announced his retirement I decided to run for the clerk’s position.

I look forward to another term as Town Clerk. We are currently in the process of digitizing many of the town’s records. I am looking forward to the public being able to search documents online. I partnered with the East Hampton Library for storage of some very old books. In return they were allowed to digitize the records for the use of all. There is still a lot of work to be done, including acceptance of credit cards that I look forward to achieving.