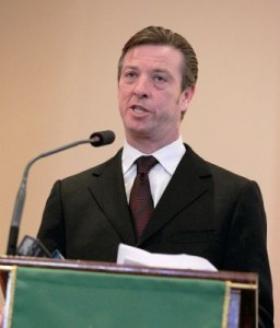 Bruce Kennedy has announced his candidacy for the New York State Senate, representing the residents of the 5 th District.

A native Long Islander, Mr. Kennedy is currently the Mayor of the Incorporated Village of Sea Cliff. He took office in 2009 and has infused his hometown with positive transformation through hard work, dedication, and nonpartisan team building. Annual municipal budgets have been virtually flat and resident services have been enhanced.

Mayor Kennedy is a local businessman/entrepreneur and founder of three successful companies. He has a strong background in finance, project management, sales and strategic planning. He is a hard-working team player with great communication skills and a tremendous sense of dedication. Being a lifelong resident of Long Island’s North Shore he has been actively involved in the community as a leader, volunteer, advocate, committee member and board member. Bruce and his wife Robin live in Sea Cliff where his son Alex is a sophomore at North Shore High School. Robin’s children, Eric Schneider and Stacy Harvey (Schneider), both graduated from Syosset High School and have embarked on successful careers.

“With the current economic crisis facing the nation and our communities, Long Islanders deserve leadership that can foresee future financial challenges and address them now”, stated Mayor Kennedy, “Under the watch of the opposing candidate, Nassau County has the highest property taxes in the nation. This is totally unacceptable – We Can Do Better”.

Another major concern Bruce wishes to address is the development plans of our communities. He feels that growth is inevitable, but it should be smart-growth that addresses issues of traffic, pollution, and quality of life. “I have been actively involved in providing input to the City of Glen Cove, the Town of Oyster Bay and the Town of North Hempstead regarding development plans and have already established good relationships with their legislators and planners. I can hit the ground running with these issues”, said Mr. Kennedy. He feels that it is more important to be proactive rather than reactive with these matters.

Mr. Kennedy is thrilled yet humbled at the opportunity to run for NYS Senate and to give a true voice to the residents of this diverse district. Being an elected official is not simply a figurehead position; it requires tremendous work, time, dedication and ability. I have what it takes, I am vastly qualified, and I am in tune with our residents and business owners. I will continue demonstrating this commitment to our communities. Bruce feels that, “we taxpayers have been overlooked by Albany for too long and I can do better in representing you; I ask for your support in this race and look forward to being of ongoing service.