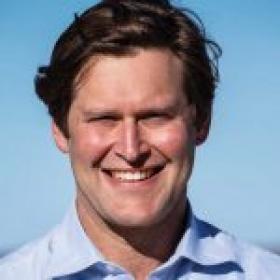 Ben was born and raised in East Hampton, and now lives in Montauk with his wife Leah and their two young children.

After graduating East Hampton High School and Green Mountain College, with a degree in environmental studies, Ben worked for many years in his father’s construction business. Now Ben is an insurance agent at the local firm, Amaden Gay Agencies. He also serves as an elected East Hampton Democratic Committee member.

He is an avid outdoorsman, hiker, gardener, and especially, a “waterman.” During summers while in school, Ben was an ocean lifeguard. He still loves doing anything on or in the water from surfing to fishing. He is a member of the Surfrider Foundation.

Ben’s family knows first hand the fragility of our coastal community as he now lives in his wife’s grandparents’ house that was moved to higher ground after the Hurricane of ’38.