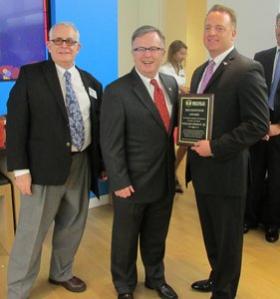 Huntington Station, NY - July 3rd, 2013 - On Thursday June 27th Bill Lindsay III, who is running for Suffolk County Legislature in the 8th District, was honored by Deputy Presiding Officer Wayne Horsley and members of the Melville Chamber of Commerce in the Microsoft Store at the Walt Whitman Mall for his years of service as a member and as Vice President of the Chamber.

Horsley, who chairs Suffolk’s Economic Development and Energy Committee, commented on Bill Lindsay III as he stepped down as Vice President of the Chamber. “Bill Lindsay has advocated on behalf of businesses promoting economic development for many years. He realizes a strong sense of community benefits the individual, as well as the greater society.... END_OF_DOCUMENT_TOKEN_TO_BE_REPLACED