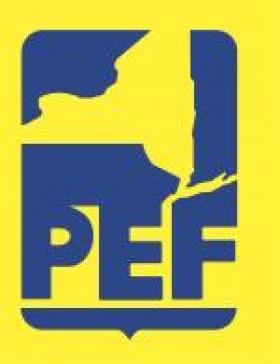 We are extremely proud to announce that we have received the endorsement of the New York State Public Employees Federation (NYS PEF).

The Public Employees Federation represents 55,000+ professional, scientific, and technical public employees in the state of New York. The union (known by its acronym, PEF) is one of the largest local white-collar unions in the United States and is New York's second-largest state-employee union. PEF also represents employees who work in private-sector jobs and local government agencies. The union publishes The Communicator, a newsletter with a distribution of more than 70,000, on a monthly basis.

As someone who has dedicated his life to serving the public, I have the utmost respect for PEF and all of its members... END_OF_DOCUMENT_TOKEN_TO_BE_REPLACED