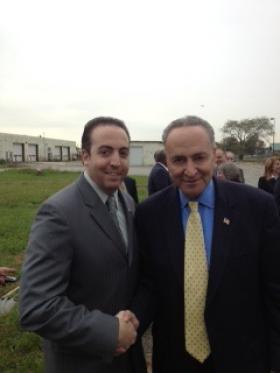 "Senator Schumer knows the concerns of middle class taxpayers and is a hard-working advocate who went to the halls of government for one reason: to make a change for the better. I am deeply honored that Senator Schumer has endorsed my candidacy... END_OF_DOCUMENT_TOKEN_TO_BE_REPLACED