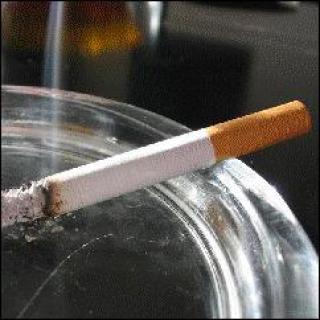 Suffolk County lawmakers made eastern Long Island the first place in the nation to forbid 19 and 20 year olds from buying cigarettes and other tobacco products starting next year following an intense debate.

The county legislature voted 10-8 late Tuesday night to raise the legal age for buying tobacco products from 19 to 21 within Suffolk, imposing $1,000 fines for retailers that violate the new law.

“This is about preventing addiction,” said Suffolk Legis. Sarah Anker (D-Mt. Sinai), one of the lawmakers who voted for the bill, referring to the hundreds of thousands who die each year from tobacco-related illnesses and the thousands within the 19- to 21-year-old age group who pick up the habit each day for the first time.

The move comes after CVS recently announced is will phase out the sale of cigarettes at its pharmacies nationwide this year and New York officials encouraged other drug stores to follow suit.

The new law, which now goes to County Executive Steve Bellone for signing, also bans the sale of cigars, rolling papers, chewing tobacco and e-cigarettes to 19 and 20 year olds starting in 2015. A similar law has been proposed in Nassau.

Opponents and advocates voiced their concerns throughout the afternoon and into the evening, encompassing everything from its potential effects on health and costs to discussion over curtailing freedoms, over-regulation and whether or not the new restrictions would actually be enforceable. Even those who voted against the bill made pointed statements in favor of increased education for youth and anti-smoking initiatives.

Legis. Kate Browning (WF-Shirley) joined Republican lawmakers in opposing the increase, echoing concerns of others that there existed several flaws in the legislation, one of which being, she said, the inability to effectively enforce it. She added that the onus would fall onto shop owners, who would be held responsible should a 19- to 21-year-old purchase cigarettes in their shop.

Legis. Lou D’Amaro (D-North Babylon) also crossed party lines to vote against the bill, asking: “How many other types of conduct are we going to now prohibit for adults?”

“We send our young people off to go ahead to fight for us all over the world, we encourage our young people to be able to enter contract, we have our young people go ahead and be able to vote and yet this is an effort to tell them ‘you’re good enough for some things but not for this,” Minority Leader John M. Kennedy (R-Nesconset) said in explaining his vote. He suggested that the state should pass the law instead.

Majority Leader DuWayne Gregory (D-North Amityville), a military veteran, said that when he first heard of the idea to raise the age he harbored concerns about preventing those who could serve our country in times of war from smoking a cigarette, but decided in the end to vote on the side of potentially saving lives, “for the public good.”