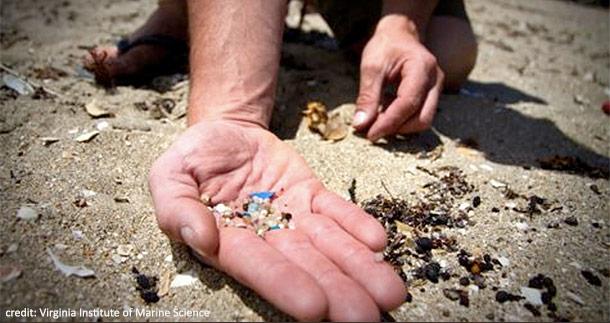 Suffolk County lawmakers this week passed a bill that phases out the sale of personal care products containing microbeads—tiny plastic balls designed to exfoliate the skin but also negatively impact the environment.

County legislators Tuesday unanimously passed the measure, which phases out the sale of products containing microbeads over the next four years, giving manufacturers enough time to develop alternatives.

“Today’s vote puts Suffolk County on the right side of history and nature on this issue,” said Legis. Kara Hahn (D-Setauket), who introduced the bill with Legis. Steve Stern (D-Huntington).

New York State lawmakers have proposed similar legislation and two other counties statewide have passed likeminded laws. Another bill like it is being debated in Congress. And in June, Illinois became the first state to ban the sale of cosmetics containing microbeads by 2019.

Suffolk’s bill follows a similar timeline. If Suffolk County Executive Steve Bellone signs the bill into law, the phase-out would begin in January 2018 for personal care products not regulated by the Food and Drug Administration and allow an additional year for ones that are.

The bill was proposed amid growing concern that microbeads, which are often less than 1 millimeter in size, have been found to soak up toxic chemicals on their way through sewage treatment plants. And because of their tiny size, they aren’t filtered by sewage plants—instead washing into waterways locally and nationwide, including the Long Island Sound.

“A clean face should not mean dirty water,” said Adrienne Esposito, executive director of Citizens Campaign for the Environment, who backed the bill and described microbeads as “tiny toxic sponges.”

Microbeads, made of polyethylene and plastic, are found in everyday personal care products such as facial scrubs. Once they absorb toxic chemicals and wash into waterways, they’re eaten by fish, resulting in contamination up the food chain. Esposito said the toxic chemicals that attach to the microbeads have been linked to ailments ranging from birth defects to cancer.

Consumers can avoid purchasing products containing microbeads by downloading an app that scans product barcodes, such as Beat the Microbead.