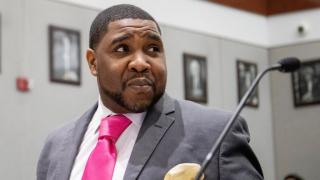 The Suffolk County Legislature unanimously approved a bill Tuesday to help homeowners remove racist restrictive covenants from their deeds that barred people of color and religious minorities from living in certain Long Island homes and neighborhoods.

The legislation will create a method to start the process and waive fees to remove discriminatory covenants that, though legally unenforceable, once helped segregate the Island by prohibiting non-white and non-Christian people from buying or renting properties in certain areas.

Those "offensive" covenants remain on countless Long Island deeds because they were common practice, according to language in the bill, which will "get rid of these vestiges of separation," said Legis. Jason Richberg (D-West Babylon) last week.

"There are stains from the past that are still living with us," said Richberg, who sponsored the bill with Legis. Samuel Gonzalez (D-Brentwood).

Restrictive covenants were part of an arsenal of tactics used to prevent people of color and religious minorities from living in certain neighborhoods in the 20th century. The National Association of Real Estate Boards advocated for covenants' use in 1927, and the restrictions became standard on deeds of many homes and new developments on Long Island, including those in Levittown in the 1940s.

"The tenant agrees not to permit the premises to be used or occupied by any person other than members of the Caucasian race," one such Levittown covenant read. "But the employment and maintenance of other than Caucasian domestic servants shall be permitted."

The U.S. Supreme Court ruled such restrictive covenants unenforceable in 1948, but they were regularly used on deeds up until the Fair Housing Act of 1968 outlawed them, officials said.

Those covenants had widespread implications, shaping the demographics of many areas and contributing to wealth inequality by denying minorities housing, Richberg said.

And they still are in people's deeds, alerting homeowners of many racial and religious groups that they legally could not have lived in their own home a few decades ago, officials said. The measure was aimed at incentivizing people to remove the covenants by waiving deed modification fees that can cost upward of $200, according to officials and the county clerk's website.

Legis. Susan Berland (D-Dix Hills) said such covenants forced her parents to move to Jericho in the late 1950s. When her parents looked at homes in Garden City, sellers asked them if they were Protestant. When her parents said they were Jewish, Berland said, the sellers told them, "’No, we can’t sell to you'" because of their deed covenants.

"It really brought anti-Semitism home to them," Berland, who consponsored the bill, said Tuesday before the meeting.

"All these references are really offensive, and they just need to be eliminated one at a time until there’s no more left," Berland said.

The proposal approved Tuesday was one of the recommendations from the county’s Fair Housing Task Force —created in response to Newsday’s investigation.

The Long Island Board of Realtors "strongly supports" the passage of the Suffolk bill, which it worked on with legislators, chief executive Tessa Hultz said.

"Although racial and religious restrictive covenants are not enforceable," Hultz said, "their persistence in today’s diverse Suffolk County is objectionable."

Gonzalez, who chairs the fair housing task force, said he is glad the legislation will bring "to light that these covenants still exist today" and ensure they can't be used in the future.

"This is something that should have been done a long, long time ago," Gonzalez said. The legislature on Tuesday also:

Approved $2 million for improvements to the fire rescue and emergency services communications system to fill radio coverage gaps on the South Fork.
Accepted the donation of $20,000 in grocery store gift cards from the United Way of Long Island to provide $100 gift cards to people who are in need upon discharge from county jails.
Approved $500,000 for security upgrades at county police department facilities to protect against attacks by terrorist groups or criminals "in these dangerous times," according to the resolution. Legislators approved another $100,000 for health and safety upgrades to precincts.
Appointed Mary Elizabeth Galle, a real estate salesperson, to represent Shelter Island on the Suffolk County Planning Commission.
Authorized a memorial for transportation workers who died of covid-19 at H. Lee Dennison building in Hauppauge. A ceremony will be held June 12.