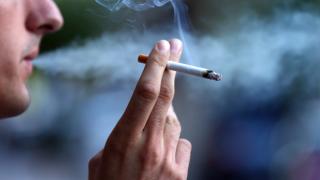 The vote among Suffolk County legislators was 10-8, according to a Newsday report. The minimum age for tobacco sales currently stands at 19.

Last year, New York City became the first large city or state in the country to prohibit sales to young adults.
City lawmakers approved raising the age in a 35-10 vote last fall.
If sellers violate the New York City law by selling to people under 21, they could be fined up to $1,000 for each violation found in a single day and up to $2,000 for a second violation. Retailers could also lose their license to sell tobacco products.

The measure applies to cigarettes, electronic cigarettes, cigars and cigarillos and prohibits the sale of small cigars in packages of less than 20.
Suffolk’s new smoking age will go into effect on Jan. 1, 2015.