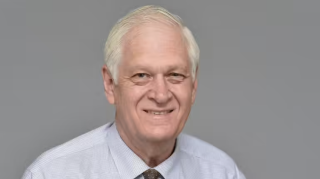 Includes much of Northwest Brookhaven

This November marks a pivotal moment for Steven Englebright. Beyond his bid for another term in the Assembly he joined in 1992, the Setauket Democrat is fighting for approval of the Clean Air, Clean Water and Green Jobs Bond Act, also on this fall's ballot.

Englebright, chair of the chamber's environmental conservation committee, has many such worthy goals on his agenda.

A principal one is coming to an elusive agreement on an "extended producer responsibility" (EPR) program that would put the onus for the life cycle of products, from packaging to delivery to recycling, on the producers themselves, perhaps giving them incentives for less packaging or to pay for the recycling process. The legislature wasn't able to get an EPR bill done during the last session. Englebright, 76, must take the lead on getting it done next year.

Englebright also must do more to stop the illegal dumping that still afflicts the Island, recognizing that he can't rest on his past actions. He needs to make sure, for instance, that the tracking documentation law he wrote in 2020 keeps the legal teeth it has despite attempts to weaken it.

Republican Edward Flood, 40, also has made the environment a focus, as a Brookhaven assistant town attorney who prosecutes environmental crimes. But rather than presenting new ideas, the Port Jefferson resident spotlights sound-bite phrases about crime without any insights into what changes are needed.

Beyond his environmental leadership, Englebright has rightly helped to add funding to Stony Brook University's Cancer Center, in an effort to help it achieve a National Cancer Institute designation. He's also pushing for improvements to the Long Island Rail Road, including electrification, adding a rail yard to the Lawrence Aviation site, and moving the Port Jefferson station a bit west which could result in the removal of a dangerous grade crossing. Those efforts are welcome — and worth additional urgency.

Englebright should use his stature and past successes to be a louder voice and a more aggressive leader, one willing to find the right compromises and solutions, and bring some of his long-standing ideas to reality.