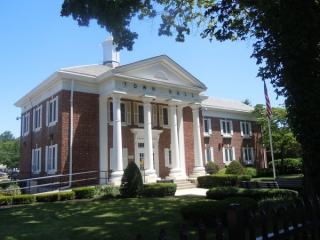 Correction: Patch first reported that it was Smithtown Supervisor Patrick Vecchio who instructed committee members to send the letter to the ethics board's PO Box, when it was in fact town attorney John Zollo.

Smithtown Democrats are calling for the town's ethics board to open an investigation based on findings of a Suffolk grand jury released earlier this month.

Newsday reports Smithtown Democratic Committee chairman Ed Maher, in a letter read before town board on Thursday, asked the town's ethics board to determine which officials may used a promised $40,000 tax break to pressure developers to illegally demolish the abestos-laced Nassau Suffolk Lumber and Supply Company.

Smithtown town board members declined to comment on the request, but town attorney John Zollo instructed committee members to mail the letter to the ethics committee's PO Box address.

A Suffolk Grand jury report released Feb. 7 found that town officials unlawfully pressured a landowner into demolishing a property, even after a stoppage in demolition was issued.

Newsday reports that Maher's letter focused on a town official, indentified by the grand jury as "employee A" who committed a "a clear abuse of political power for personal profit" by persuading another town official to offer the tax abatement to an unnamed developer in exchange for demolishing the buildings." This was allegedly tied to the politician's run for re-election, according to the grand jury.

"I am hoping for Smithtown's sake that something more than a slap on the wrist comes from this town ethics board investigation," Maher's letter said, according to Newday. " . . . Something has gone terribly wrong in Smithtown."

Read Newsday's article for more details on Maher's request for an ethics board investigation.